Michael Pritchard is a nationally acclaimed keynote speaker praised by the Wall Street Journal, CNN and Time for his ability to use humor to inspire and educate his audiences on communication skills. Michael Pritchard is a big guy with a warm heart who as one student described him, “truly walks as he talks.”

He began his career on both the comedy stage and as a juvenile counselor in San Francisco’s Youth Guidance Center. In 1980, Michael Pritchard won first place in the San Francisco International Stand Up Comedy Competition as well as winning...
Read more >>

Michael’s offers from Hollywood rolled in including a guest appearance on an Emmy Award winning episode of “Taxi”. His sensational standup comedy billed him with Robin Williams, Jerry Seinfeld, Dana Carvey and Whoopi Goldberg playing venues as Caesar’s, the Comedy Store, Universal Ampitheater and opening for such names as Diana Ross, the Grateful Dead, Kenny Rogers, Mike Mc Donald and Boz Scaggs. But Michael rejected offers from Hollywood to focus on using his comic talents for inspiring youth and adults.

His broad base of audience from corporate employees, healthcare workers, government and state officials have honored him with countless standing ovations and numerous awards including: President’s Volunteer Action Award, Commendation - Office of the Attorney General , Paul Harris Fellowship - Rotary International, Toastmaster’s International Speaker, Outstanding Performance - Federal Executive Board , Josephine Duveneck Humanitarian Award and the Key to the City of San Francisco.As a result of his work, Michael Pritchard has been featured on CNN, NBC’s “The Today Show”, “The Tonight Show”, CBS “Sunday Morning” with Charles Kuralt, “Time” magazine and “People” magazine.

His seven educational series for PBS and distribution has been seen by millions and focuses on youth guidance in the areas of violence prevention. “The Power of Choice” “You can Choose”, “Big Changes, Big Choices”.

Forming Heartland Media, he continued with “Red Ribbon Week” and “PeaceTalks” teaching students to make positive choices.“SOS: Saving Our Schools from Hate and Violence”, featured in both Time magazine and on CNN, filmed after the tragic Columbine disaster. His new series: “Lifesteps” builds the social and emotional intelligence in youth and has already received the Parents Choice Award

For his work in promoting nonviolence with youth, Dr. Michael Pritchard was awarded an Honorary Doctorate in Humane Letters from Hartwick University and winning, 2001 Lewis Hine’s Award for Service to Children & Youth Certificate of Appreciation and the 2002 Marin Community Foundations Beryl Buck Fund Award for achievement in Promoting Nonviolence.

As an extension of Heartland Media, he established Heartland Media Foundation building character and emotional intelligence, violence prevention, inciting motivation and leadership in both youth and adults to improve schools and communities. The foundation provides youth guidance programs, including video, print curriculum, and live presentations by Michael Pritchard to aid in schools and communities where the funding is limited.

Books Written By This Expert

Advice for parents raising boys
Meet Michael Pritchard
The daily grind meets the profound
How to overcome middle school struggles
How to raise a self-reliant child
What to teach your child if they are being bullied
Creating a home environment encouraging leadership
From self-isolating to inter connection
Getting help when your child is being bullied
Golden nugget of parenting and caregiver advice
How can kids be happier at school?
How can parents measure their children's happiness?
How do parents balance work and family time?
How to get through leaving the "cool group" in middle school
How to raise a happy child
How to teach kids conflict resolution
How to teach kids to get along
How to teach your child to be a good bystander
Overcoming dyslexia challenges and ADHD
Overcoming hearing impairment and cultural differences
School shootings, violent video games & bullying today
Teaching introverts to come out of their shell
Teaching social-emotional intelligence
The importance of teaching to the heart of children
The reality of loneliness & the consequence of meanness
The role of teachers & administrators in bullying
What does it mean to be a good father?
What if my kid doesn't want to go to school?
What kind of sadness needs to be solved?
What to do about cyberbullying
What to do if your child is a bully
When "tough love" is necssary for your kids
When is a friendship too much of an attachment
Why are kids burned out when they get to high school? 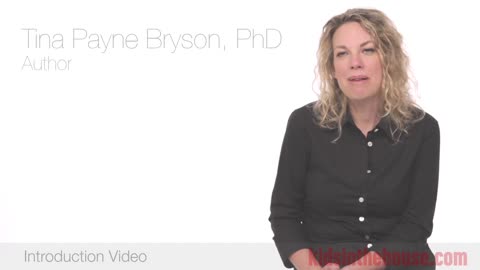