Dr. Coleman is a psychologist in private practice in the San Francisco Bay Area and Co-Chair of the Council on Contemporary Families, a non-partisan organization composed of leading sociologists, historians, psychologists and demographers dedicated to providing the press and public with the latest research and best-practice findings about American families. He has lectured at Harvard University and The University of California at Berkeley and blogs on parent-adult child relationships for the U.C. Berkeley publication, Greater Good Magazine,...
Read more >>

Dr. Coleman is frequently contacted by the media for opinions and commentary about changes in the American family. He has been a frequent guest on the Today Show, NPR, and The BBC, and has also been featured on Sesame Street, 20/20, Good Morning America, PBS, AARP,  America Online Coaches,  and numerous news programs for FOX, ABC, CNN, and NBC television. His advice appears often in The New York Times, The Times of London, Fortune, Newsweek, The Chicago Tribune, Slate, Psychology Today, U.S. World and News Report, Parenting Magazine, The Baltimore Sun and many others.

He has served on the clinical faculties of The University of California at San Francisco, The Wright Institute Graduate School of Psychology, and the San Francisco Psychotherapy Research Group. He is the author of numerous articles and chapters and has written four books:  When Parents Hurt: Compassionate Strategies When You and Your Grown Child Don't Get Along (HarperCollins) The Marriage Makeover: Finding Happiness in Imperfect Harmony (St. Martin's Press); The Lazy Husband: How to Get Men to Do More Parenting and Housework (St. Martin's Press); and Married with Twins: Life, Love and the Pursuit of Marital Harmony. His books have been translated into Chinese, Croatian, and Korean, and are also available in the U.K., Canada, and Australia. He is formerly a contributing editor to Twins Magazine.

Dr. Coleman is a sought-after public speaker on topics related to the family. He is also co-editor, along with historian Stephanie Coontz of the yearly online volume, Unconventional Wisdom: News You Can Use, a compendium of noteworthy research on the contemporary family, gender, sexuality, poverty, and work-family issues.  He runs a popular webinar series for estranged parents and a free newsletter for parents, The Coleman Report.

Books Written By This Expert

Meet Joshua Coleman, PhD
Finding happiness when you stay together for the kids
How to co-parent with a work-a-holic
When to stay married for the sake of the kids
Co-parenting with a partner who is depressed
Co-parenting with a survivor of abuse
Confronting your parents when you're all grown up
Dividing housework and parenting responsibilities
Does high conflict mean we should break up
Failure to launch of adult children
Helping your child deal with the start of your second family
How to co-parent with a narcissist
How to deal with in-laws that you don't like
How to get your husband to do more housework and parenting
How to know if you need a marriage makeover
How to reach out during an estrangement
How to respond when your child rejects you
Presenting your parent with "terms" regarding the grandchildren
Reconciling with your child after traumatizing your child
Repairing after estrangement and avoiding round two
The best way to deal with conflict in a marriage
What to do after an affair in marriage
What to do if your partner denies their affair
What to do when your child chooses a partner you have concerns about
Why good parents get rejected by their grown children 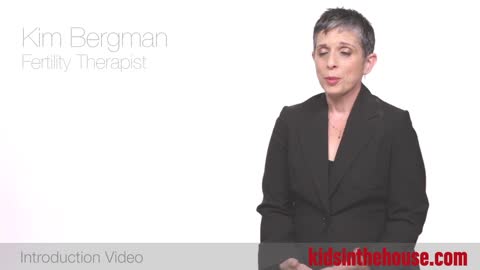